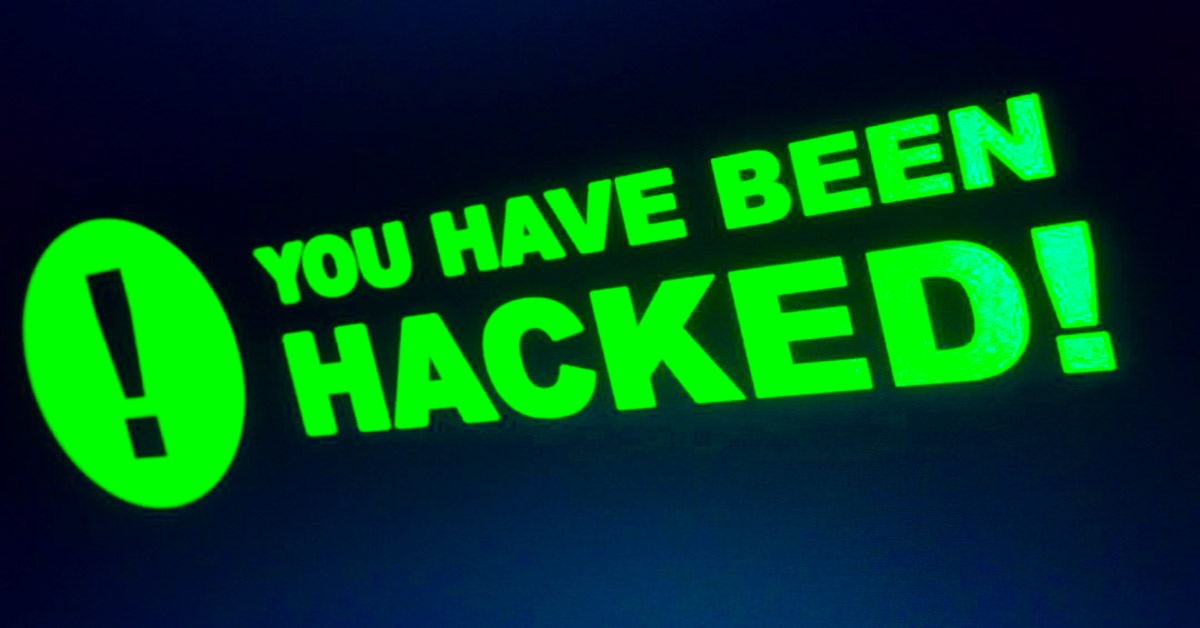 Hackers don’t typically tell their victims that they’ve been hacked. Most of the time, when hackers gain entry to computers to do their dirty work, they don’t want anyone to know. That way, they can come back another time to see what else they can do or find.

Because of that, you might not know if your computer has already been hacked. But there are a handful of signs that indicate a hacker may have invaded a network or a computer you use. Some are computer-related and some are not. If any of it sound familiar, perhaps you’ve been a victim…without knowing it. And if that’s the case, it’s better that you know about it, so that you can take quick action.

Have any of the following happened to you?

• Someone used one of your credit accounts.  Online identity theft is common. If you use credit cards online, that could be an indication a hacker was the culprit.

• You start receiving odd email messages. Friends start telling you they’ve received strange emails from you (that you never sent), or you notice messages in your Sent folder you didn’t write…these are clear signs a hack has likely happened.

• New programs suddenly appear. You didn’t buy it or install it, but you notice a new program has been loaded onto your computer. That’s a clear indication that someone has manipulated your computer.

• A trusty password doesn’t work. If a password suddenly stops working, that could mean a hacker has broken into your computer and changed your account’s login details—and it could get worse from there.

• You notice strange browser activity. Some hackers move right into a computer and control it as if they’re in front of it. If you ever notice browser activity that isn’t yours (or someone else’s in your family), that could mean trouble.

• You start losing control. A computer virus can redirect your browser activity and prevent you from reaching websites you want. That’s certainly the work of a hacker who came and went.

Here are more possible signs that a hacker may have successfully targeted your computer:

• You can’t update your system. Malware, which may have been put there by a hacker, can prevent you from downloading the latest system or antivirus updates.

• Your computer runs slower than usual. Internet connectivity has gotten better over the years, so if you notice your connection slowing down, it’s possible there’s someone using your bandwidth—it could be as simple as someone using your unsecured wireless connection or as bad as a stealth hacker downloading data from your hard drive.

• A big-name company was hacked. You read that Target, Home Depot or FitBit was hacked…so what’s the big deal? Well, if the hackers got email addresses and passwords, they’ll immediately test that login information elsewhere. A hack could be coming, which is why it would be wise to change your passwords immediately.

• You notice unusual disk activity. If you hear your computer hard drive whirring overtime, it could be your antivirus software scanning—or it could be hacker-placed malware looking for data to damage or steal. Look into it.

• Strange things are happening onscreen. Except for annoying, intrusive online ads, there shouldn’t be too many onscreen surprises. If you see strange things—toolbars, pop-ups, new programs you didn’t have before—it’s likely you’ve been hacked.

Here’s the point to all of this: If you’re lucky, you’ve never been hacked. Or is it that it’s already happened, but you’re not aware of it?
That’s why it’s important that you know what to look for. So, if you now suspect you might be the victim of some computer foul play, you should go online for tips and remedies for setting things right.

actviity,browser,company,computer,credit,email,Hack,password,signs,system,update
We use cookies on our website to give you the most relevant experience by remembering your preferences and repeat visits. By clicking “Accept All”, you consent to the use of ALL the cookies. However, you may visit "Cookie Settings" to provide a controlled consent.
Cookie SettingsAccept All
Manage consent